"Indeed, nothing makes us more sensible of the immense relapse into which the world fell after the First World War than the restrictions on man's freedom of movement and the diminution of his civil rights. Before 1914 the earth had belonged to all. People went where they wished and stayed as long as they pleased. There were no permits, no visas, and it always gives me pleasure to astonish the young by telling them that before 1914 I traveled from Europe to India and to America without passport and without ever having seen one."

Stefan Zweig, The World of Yesterday, 1942

"Today I'm so old that I'm almost blind. When I first opened my eyes to the light, in 1915, all the countries of Europe were busy slaughtering each other. And each of those countries felt justice was on its side. […] Now that my eyes have almost completely dimmed, I see, by that last light, that the countries of Europe are embracing each other and forgetting their borders. That whole turnaround took place within the space of my almost ninety years. I still find that unbelievable. But I also know how difficult it has been."

Vittorio Foa, quoted in In Europe: Travels through the twentieth century, Geert Mak, 2004

Having travelled from London to Brussels, to Cologne, through Germany to Denmark and finally Sweden these past few days, I needed only to show my passport to leave London. A year and a half ago, travelling to St Petersburg, the passport and a visa were required to enter Russia, which we did by train from Helsinki. All countries in between are now part of the Schengen Area, where internal border controls have disappeared; a consequence of this disappearance is the relative strengthening of external borders. Our bags were x-rayed leaving Russia, but not when boarding the train at Helsinki Central station. Crossing the border separating Finland and Russia by train occurs between the towns of Vainikkala and Vyborg. Customs and passport officials from both countries get on the train and examine the passengers' travel documents at their seats, while the train moves - slowly - from one stop to the next in the 'customs surveillance zone'. A man with a Norwegian passport at our table pronounced it "very John Le Carré", though in truth it was a relatively simple set of checks, and no bags were opened (leaving Russia I was asked how much Russian currency I had; bags were only opened at the controls when getting back onto the Eurostar at Brussels). The border itself appears to be a no-man's land in the birch forest: the trees are cleared along the line of the border, there are wire fences running alongside the track itself, and there was a guard with an automatic weapon standing by his vehicle on a dirt track. 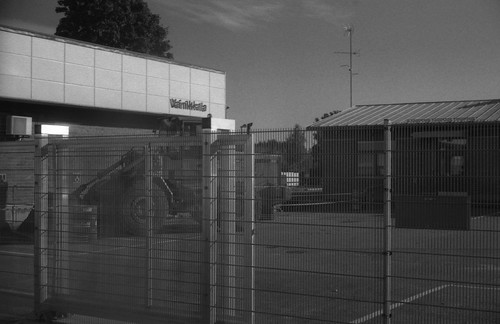 However, as a citizen of the United Kingdom, a passport is still necessary in the Schengen Area thanks to the UK's opt out of the agreement, and the lack of identity cards: when visiting the Moderna Museet in the three hours between the ferry from Helsinki and the train to Copenhagen, not wanting to change any currency to Swedish Kronor, we did not have change for the lockers. Asking at the desk, I was told that they would provide a 5-kronor coin for the lockers on security of my ID card: there was a moment's perplexity when I handed over my passport instead. Despite Stefan Zweig's assertions above, about travel before the First World War, passports were still of use, if not strictly necessary, in the same fashion as they are today when the holder does not have an identity card:


“In Northern Germany, as well as in France, Belgium, and Holland, passports are unnecessary. Those, however, who contemplate an extension of their tour to the Austrian dominions cannot cross the frontier without one of these documents, which must moreover have the visa of the Austrian ambassador at London, or other European capital. It should also be borne in mind that a passport may frequently be necessary to prove the identity of the traveller, procure admission to collections, obtain delivery of registered letters etc., in countries where the possession of such credentials is in other respects unnecessary.”

Nevertheless, as a UK national outside of the Schengen Area, travel by the Eurostar - and by ferry - is still less of an ordeal than travelling by plane. When boarding, there is none of the sense of entering a zone of exception that one gets at airports, although the security is still stringent; travelling to Denmark on the now discontinued Harwich-Esbjerg ferry, leaving the UK and entering the Schengen Area was even easier - there was no requirement to be there half an hour before boarding such as there is with the Eurostar, and the London to Harwich train used to arrive just minutes before the ferry sailed. This last fact felt not to be trusted at the time: however, taking the previous scheduled train - a whole hour earlier - there was then precious little to do in the tiny ferry terminal, quite unlike a modern airport, where all the enforced waiting time seems primarily to be diverted to consumption.

The opening of Wim Wenders' Lisbon Story, from 1994 is a condensed road movie in itself, travelling from Dusseldorf in Germany, to Lisbon, Portugal, a celebration of the new Europe of the Schengen Agreement. Lisbon Story begins with a montage of a postcard from the title city arriving, then becoming buried amongst a subsequent accumulation of post (including a newspaper with a byline ‘Ciao Federico’ announcing the death of Fellini - which echoes the end of Alice In The Cities, where a newspaper Philip is reading announces the death of the director John Ford; incidentally Lisbon Story has a cameo role for Manoel de Oliveira, the Portuguese film director who began his career in the silent era and whose death has just been announced). The post is addressed to 'Philip Winter', and the postcard is retrieved from the pile, by a hand, all that is seen of Philip at this point. The postcard is turned so that the viewer can read it:

As this is read out, as a voice-over, the scene then shifts to a view through the windscreen of a moving car - the phantom ride again. As the credits appear, the voice-over combines with a radio soundtrack of various snatches of music and speech, in a series of quick, hard cuts all with the same view framed by the windscreen as the car travels from Germany to Paris, and then through France to Spain. The weather changes, and the monotony of  motorway driving is broken up by a couple of views from the car, apparently arriving at a hotel, then cutting to its onward journey. The audio montage of radio and music acts as an overture: there are snippets of the group Madredeus, who will feature later in the film, but as well as looking forwards, this rapid switching of music also looks back to Wim Wenders' road movies of the 1970s, as it features the German group Can, who provided the music for Alice In The Cities. What begins apparently as a stream of consciousness voice-over, is revealed, as it continues, as a spoken monologue by Philip to himself as he drives:


Europe has no borders.
The barriers have been lifted and anyone can cross over.
Can't I show my passport to anyone?
Please, let me open the boot!
You're not going to believe what I've got in here!
Testing, one, two, three, one, two.
I haven't travelled such a long distance by car in a long time.
I realise that Europe is becoming a single nation...
The languages change, the music changes, the news is different, but...
The landscape speaks the same language
and tells stories of an old continent filled with war and peace.
It's nice to drive without thinking about anything,
passing here and there through stories and the ghost of history.
Here, I feel at home.
This is my homeland! [The voiceover has been in German up to this point; this last sentence is repeated in French, Spanish, English, Portuguese. The voiceover continues by repeating the phrases in Portuguese from a tape.]
I'm looking for a book to study Portuguese.
What kind of book?
Big or small?
Small. [Here we see Philip Winter for the first time, five minutes into the film, driving the car in a reverse angle shot through the windscreen.]
But you already speak Portuguese.
I don't speak well, I'm a foreigner.
Are you English?
No, I'm French...
[Philip says:] No, I'm German.
But I live in Portugal.
Lesson No. 1.
I'll never learn this...
[A sign with 'Portugal 40km' is seen in long shot from outside the car.]
Again.
Lesson No.1. In the bookshop.
Good morning.

The tape continues after Philip gets a flat tyre, and once the car pulls in to the side of the road, when he gets out, we see for that he has a leg in a cast and is using a crutch. This helps to provide something of a slapstick tone, when Philip knocks the spare tyre, which he had just placed on the parapet of the bridge where he has stopped, into the river below. Having repaired the flat tyre, he arrives at partly demolished customs building on the Portuguese border with his engine overheating. There is no one around: the building is empty and the phone does not work. Philip flags down a coach, waving his crutch in the middle of the road, and we see him topping up the car's radiator with bottles of soft drink. The car soon breaks down once more, and we then see Philip on the back of a donkey cart with piles of his belongings, including the license plate, 'F-PW-94'.

Posted by Nicholas Middleton at 21:00